Announcement Statement on the conversion of the project model

You are using an out of date browser. It may not display this or other websites correctly.
You should upgrade or use an alternative browser.

There is only one way to avoid criticism

Hello Hyatlas Community,
when we started our project before 2019, as Hytale Forum, we were very hyped on the game, which we still are. We have tried to the best of our ability to bring the Hytale community together and have put a lot of time and love into this project. Due to the long waiting time, this was not always easy for us and we have experienced many ups and downs since then. At the beginning we started with the domain hytale-forum.net. We have founded an English, a German, a Spanish and a French community on this domain. 4 forums from a System + Wiki. Of course, like any decent project, we wanted to get attention and a large community. At the time, this project was never commercially planned, even though we really invested a lot of money in licenses, software and hardware

Background
When the Hypixel Studio team announced in their blog post in 2021 that they would publish a forum and a wiki themselves, we knew that the aim of creating a Hytale forum was basically over. The fixed domain "hytale-forum.net" was also a problem, as we sometimes gave the impression that it was an official forum, even though we had even renamed the title "Unofficial Hytale Forum". To "compete" against the developers for Hytale is in many ways stupid and also violates our beliefs and values to support Hytale and your community, which is why we were offline for a few months and thought about how to "save our project." "can, so that it is also future-proof.

Decision to change the project model
After a lot of consultation and reflection on our project, we came to the conclusion that we would like to keep the actual idea of supporting the Hytale community.
The forum and the wiki will remain and aim to advance the Hytale community with their projects with very well thought-out instructions and recruitment forums. Free and accessible to everyone.
However, the focus of the project is shifted very much. We are changing our focus from a simple forum project to a part-commercial project that offers Hytale products such as maps, plugins, graphic designs, templates for free as well as for a fee.
Creators acting independently of the platform can upload their products, free of charge or for a fee.
The Hyatlas team checks these uploaded products and approves them.
In addition, the Hyatlas administrator team is also building a construction team and a development team to guarantee high-quality products.
We see Hyatlas as a construction team and development team rather than a marketplace website.
From our long Minecraft days, we know that commercial projects of any kind tend to be rated negatively.
However, it must be said that such a project causes high costs for licenses, server rental, DDoS, server security right from the start,
without being able to count on whether the project will really be successful with his efforts
This does not include the time that we have to invest in installation, maintenance and further development.

Trademark right Hytale
One of the biggest fears we had all along was the handling of trademark rights by the Hypixel Studio team.
During the publication of the trailer and the blog posts, a great many projects arose, including other forums,
which like we had the name "Hytale" in the project name at the beginning. Since it was not exactly specified by Hypixel Studio,
We decided to switch to a different IP regarding the rules that are set up regarding the domain / IP.
We switched from the domain "hytale-forum.net" to "hyatlas.com".
If it had been up to us, we would now have the domain and the project name "Atlas.com", but that's understandable
this domain is not available, we decided to use the name Hyatlas as it relates to our project and the game.

To avoid further confusion, we have not only changed our name and domain, but have also changed our names
on our homepage that we are an unofficial Hytale and Minecraft Shop / Marktplazu, even if we would rather call ourselves a Creator Team.

We hope that with these very extreme steps we can now rule out any mix-up. 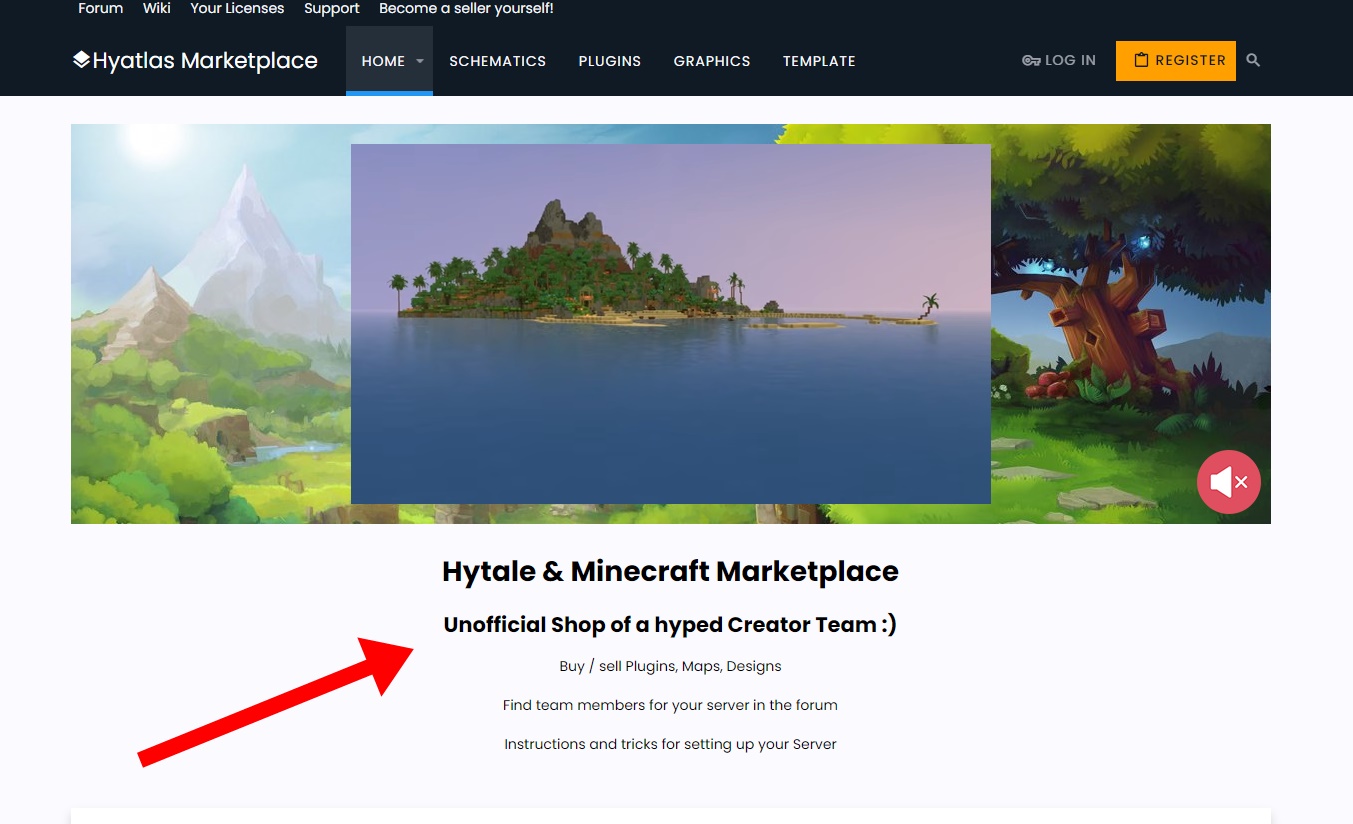